This year we celebrate the music of a great American city, the legacy of a great American civil rights leader, and the timelessness of a great American masterpiece. With the glass-domed Conservatory as the backdrop, this innovative three-part series developed in collaboration with Catskill Jazz Factory and Absolutely Live Entertainment presents three glorious evenings showcasing a stunning array of dynamic jazz talent from across the globe.

Bring your blankets and low-back chairs and enjoy the best seat in the house on the scenic Conservatory Lawn. Before and after each concert, stroll through the exhibition, Georgia O’Keeffe: Visions of Hawai‘i.

Reserve a gourmet picnic box online to enjoy when you arrive. Light fare and beverages will also be available for purchase on-site.

Salute to the Crescent City: New Orleans at 300 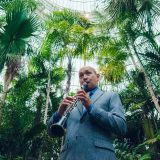 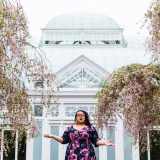 An American masterpiece takes on a 21st-century identity in this world premiere arrangement of Gershwin’s Rhapsody in Blue with the Catskill Jazz Factory Collective led by Dominick Farinacci. 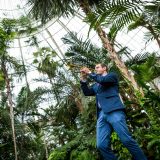 Named a “regional arts think tank” and “formidable jazz incubator” by Hudson Valley’s Almanac Weekly, and based in the heart of the Catskills, the Catskill Jazz Factory (CJF) is a dynamic jazz program founded in 2012 with an aim to support today’s best young jazz artists. CJF offers year-round school workshops, concerts, mountaintop residencies, lectures, and world-class performances in diverse spaces to a variety of regional audiences across the Hudson Valley by partnering with educational facilities, arts organizations, and a variety of local non-profits and businesses. CJF brings talent to new audiences in non-traditional venues for music, putting jazz where it hasn’t been before. 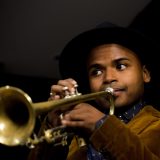