Posted in Plant Science and originally posted on September 26th, 2019, by Samantha Frangos 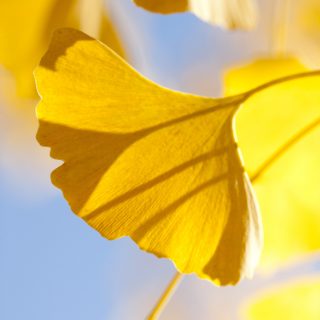 The concept of a “living fossil” was first proposed by Darwin in his book On the Origin of Species in 1859. The term “living fossil” is used to describe species that have managed to remain physically identical over the course of millennia and are still alive today. As these species have survived a wide range of extreme environmental conditions, including several mass extinctions, they beg the question: how have the living fossils been able to persist over millions of years? Scientists at The New York Botanical Garden believe the answer may be found in the living fossils of the plant kingdom. Most of these “living fossil” plant species are in the cone-bearing, non-flowering group of plants, called gymnosperms. Gymnosperms have very large and complex genomes, some being almost seven times the size of a human genome. Decoding the genomes of these species may give us some clues as to understanding their resilience over time. 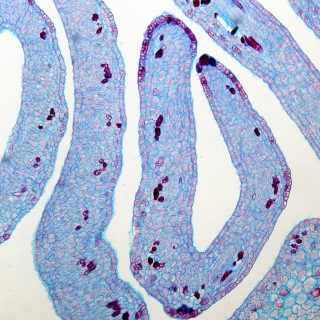 One of the species that our scientists are working on is the living fossil Metasequoia glyptostroboidies, also known as the dawn redwood. Thought to be extinct, the dawn redwood was first described from a fossil dating to the Mesozoic Era (approximately 250 million years ago). In 1943, a living tree almost identical to the fossil was discovered in the Hubei province of China, proving that in fact this species thought to be extinct for millions of years was still alive! The grove of dawn redwood trees found on the grounds of NYBG came from a collection of seeds directly harvested from this rediscovered individual.

Another exciting story of modern discovery is that of Wollemia nobilis, also known as the Wollemi pine. The Wollemi pine was first described from a fossil dating back to the Cretaceous period (approximately 140 million years ago) and before its rediscovery was last seen in a fossil from about two million years ago. In September 1994, David Noble, an officer with the Australian National Parks & Wildlife Service, discovered some trees he didn’t recognize in a deep, remote gorge within the rugged Wollemi National Park outside Sydney, Australia. With fewer than 80 mature individuals living in Wollemi National Park, the Wollemi pine is one of the world’s rarest trees and is critically endangered. The Wollemi pine belongs to the conifer family Araucariaceae, and its closest living relatives in this family include monkey puzzle pines (Araucaria species). 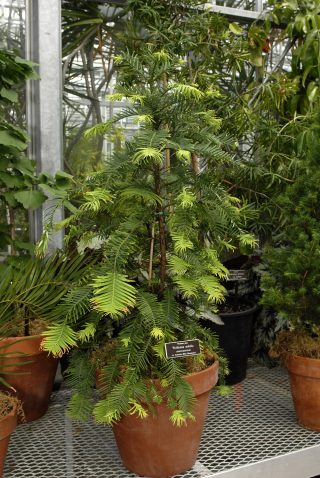 Along with collaborators at the New York University Center for Genomics and Systems Biology and Cold Spring Harbor Laboratories, our scientists are attempting to sequence the genomes of several ancient species for the first time, using state-of-the-art sequencing technology called Oxford Nanopore sequencing. The recent development of the Oxford Nanopore PromethION sequencer, which can provide extremely high quality data at a reasonable cost, has made it simpler and faster than ever to sequence whole genomes. Advances in sequencing technologies have allowed our scientists to look more closely at these living fossils than ever before.

Drs. Dennis Stevenson, Barbara Ambrose, and Damon Little, together with individuals from our partner institutions, are using the research potential of several fields of science. Taxonomists, geneticists and bioinformatics experts are all working in tandem to decode these living fossil genomes. Unraveling the mysteries of their large genomes may help us answer the question of how these sessile species have been able to outlive even the largest and most dangerous of prehistoric predators. With the exception of Ginkgo biloba, these living fossils have endangered and limited natural populations, making it all the more important for us to be able to use their genetic sequences to identify and target threats such as disease. In addition to protecting these enigmatic ancient species, their genes may hold the secret to protecting other plants in the world, which is becoming of greater importance as we are living in a time of rapidly changing climate. By comparing the genomes of these ancient species to their more highly evolved relatives, we will have the opportunity to identify how genomes function, adapt and evolve.