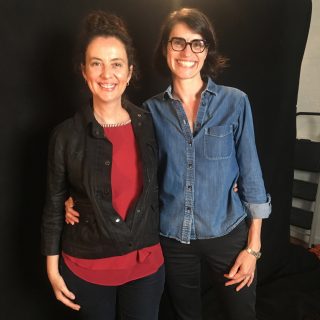 Ynes Mexia was an early 20th century Mexican-American botanist and pioneering conservationist. UnladyLike2020, an innovative multimedia series created, produced, and directed by award-winning documentary filmmaker Charlotte Mangin, tells the remarkable and inspiring story of Mexia’s life. At a time when it was almost unthinkable for a woman to travel the wild, and well into her 50s, Mexia traversed the Americas, collecting thousands of plant specimens and converting herself into a trailblazer for future female botanists.

Almost 3,000 of the plant specimens that Mexia collected, pressed, and dried during her field excursions between 1926 and 1938 are hosted at The New York Botanical Garden’s C.V. Starr Virtual Herbarium for online viewing. The preservation of the physical specimens of these plants at the William and Lynda Steere Herbarium keeps Mexia’s legacy alive and protected. You can view her collected specimens here. The virtual herbarium even offers a map of her collection localities, stretching from Alaska to Brazil. And don’t forget to check out the stories dedicated to Ynes Mexia in the Steere Herbarium’s Hand Lens.

When I was asked to participate in the episode about Mexia’s life by the all-women crew of UnladyLike2020, I felt starstruck at first, speechless to talk about Mexia’s extraordinary accomplishments. But her personal story spoke to me and drew me in. Here is a woman who overcame personal tragedy and defied prejudice about gender and age in a time when women were not supposed to travel all of the Americas alone. In her quest for meaning in life, she also helped document and preserve plant diversity in the Americas. I wonder if she realized then, during her travels, that she would make herself a role model for future generations of women?

Recording and protecting biodiversity is an intensive, immense, and urgent task. When we listen to the news, we hear that the forests of the world have been burning. There is a biodiversity crisis going on, and we are rapidly losing plant species and other creatures such as insects. That is a tragedy. Humans depend on plants to survive. Without plants, we have no oxygen, we have no food. At least one in four of our pharmaceutical drugs comes from plants. The picture gets even bleaker if we realize that we are also losing plants still unknown to science, plants that have not yet been collected or given a name. Documenting and conserving plants is a huge job. If there are an estimated 450,000 to 500,000 plant species spread out over the Earth’s land surface, of which as many as 100,000 to 160,000 may be threatened, we have a lot of work to do. We need to train an army of botanists, on the ground, in the lab, and in the herbarium. And we need heroines, like Ynes Mexia, to show us the way.