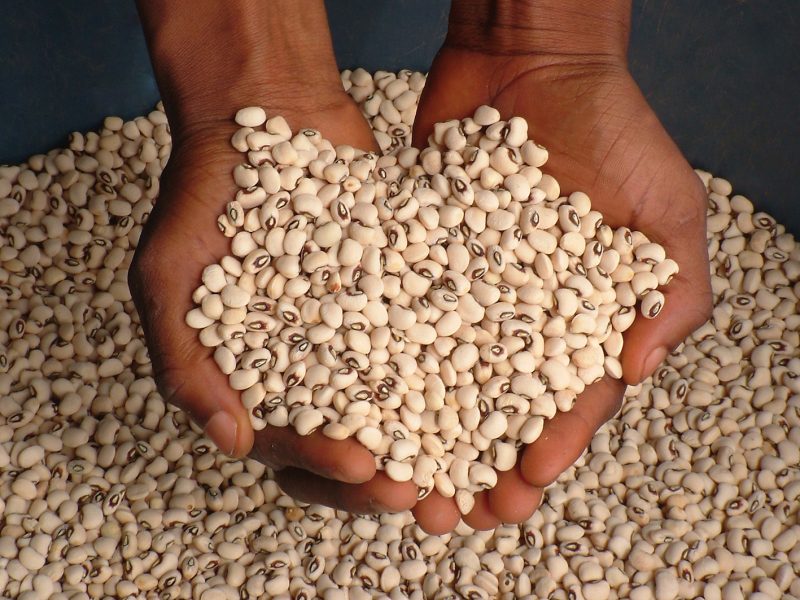 This is part one of a three-part series on cowpeas and the African Diaspora.

North American, Caribbean, and South American descendants of enslaved Africans—the African Diaspora—share many cultural bonds among themselves and with peoples living in Africa today that connect them back to their ancestral roots. One compelling example of these bonds is the shared use in traditional cooking of domesticated plants of African origin. How these plants arrived and spread in the New World among enslaved peoples, proliferated into numerous American cultivars, and enriched diverse local cuisines are topics of much current interest. Unfortunately, the details of this history are obscured by centuries of cultural suppression, the often racist and Eurocentric nature of the written history, the vague ways in which the authors of early texts referred to cultivated plants, and the passage of time. In this series of posts, I consider the possibility that historical plant specimens in natural history collections might help to fill in some of the gaps, using the domesticated cowpea, Vigna unguiculata variety unguiculata, as an example.

Cowpeas, which belong to the legume family of plants, are an annual crop—planted anew from seed each year—grown throughout much of the world. The consumption of cowpeas is highest in sub-Saharan Africa, and Nigeria is the leading producer. Cowpeas are an indispensable food crop throughout the semi-arid zone of Africa, as well as in southern Asia, Brazil, and parts of Central America and the Caribbean, and they are an important component of southern cuisines in the United States. Cowpeas are commonly used for livestock forage, hence the common name, but they are more often grown for human consumption, especially their protein-rich seeds, which can be stored for long periods as a dried pulse. The leaves and pods can also be eaten. Cowpeas are frequently intercropped with grains because their roots harbor nitrogen-fixing bacteria that replenish depleted soil nitrogen. This, along with the plant’s tolerance for dry and sandy soils and its high nutritional value, makes it an ideal food crop, especially for resource-poor populations threatened by food shortages and malnutrition.

Cultivated cowpeas display a great range of morphological diversity brought about by thousands of years of selective breeding by farmers striving to promote particular variations suited to different purposes. The flowers can be purple, pink, white, yellow, or blue, while the seeds range from white to red, brown, gray, or black. The popular cowpea cultivar widely known as black-eyed pea is named for the conspicuous black spot that surrounds the rim or hilum on the otherwise white- to tan-colored seed. Black-eyed peas and related cultivars are erect plants that produce upright pods above the foliage, making for easy harvest in the field. Cultivars known as long beans are usually climbing, requiring support. They produce long, hanging pods, which are sometimes harvested while immature and eaten as a vegetable, especially in Asia. Other varieties exhibit sprawling or creeping growth forms and are used as cattle forage, green-manure (plants plowed back into the soil for fertilization), and for erosion control. Variants in which the seeds are compressed against each other in the pod are known as crowder peas. 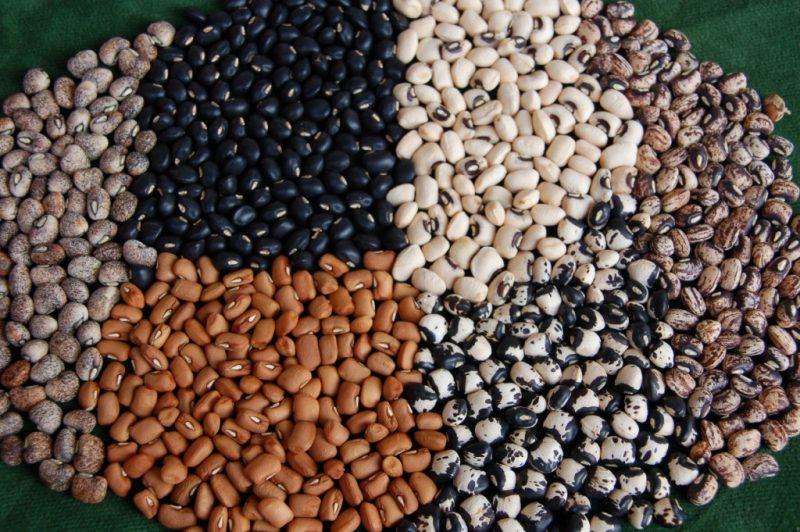 African methods of cooking cowpeas, such as using boiled whole peas combined with rice, added to stews, or served alone, were transported to the New World by enslaved Africans. These people also brought with them associated cultural practices, such as serving dishes made of them to mark births, marriages, deaths, religious holidays, and victories in war. Deep-fried fritters made from ground cowpeas (often cooked in palm oil) and known by the Yoruban name Akara in West Africa are also prevalent in Brazil, where they are called Acaraje, and in parts of the Caribbean, such as the Haiti, where they are called Accra. In the United States, cowpeas are used in the popular southern dish Hoppin’ John, which combines boiled whole cowpeas with rice, chopped onion, and a fatty meat, such as ham hocks or bacon. It is usually made with black-eyed peas, but some variations use other cultivars of cowpea, such as Sea Island red peas, a local heirloom land race from the Gullah corridor of the Carolina coast that was once grown in slave gardens. This dish and cowpeas generally are associated with good luck and New Year’s celebrations, especially among African Americans of the southern United States.

This is the first of three posts about cowpeas, their history, and the potential for herbarium specimens to help fill in some of the gaps in that history. A list of references and suggested reading will be included at the end of the third post.