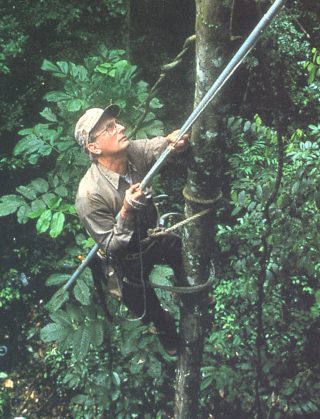 The NYBG community is deeply saddened to announce the passing of our dear friend and treasured colleague, Curator Emeritus Scott A. Mori, Ph.D.

Scott was born in Janesville, Wisconsin, in 1941 and spent the vast majority of his long and distinguished career at The New York Botanical Garden, arriving in 1975 as Research Associate working with Ghillean Prance, Ph.D., on the systematics and ecology of the Brazil nut family, Lecythidaceae. Some four decades later, Scott retired in 2014 as Nathaniel Lord Britton Curator of Botany in the Garden’s Institute of Systematic Botany.

Before coming to the Garden, Scott received his M.S. and Ph.D. degrees at the University of Wisconsin-Madison, where his advisor was the legendary botanist and conservationist Hugh H. Iltis, Ph.D. Scott first gained experience in tropical botany during his graduate days through his expeditions to Mexico and Central America, and these experiences were the beginning of a life-long intellectual association with the Lecythidaceae. That focus brought him to the attention of Ghillean Prance, who was conducting research on neotropical Lecythidaceae, and they began a research partnership that thrived throughout Scott’s career.

Scott was known as a prolific researcher, writing about plants and conservation in more than 130 scientific papers, dozens of popular articles and blogs, and 12 books during his years at NYBG. His final book, Tropical Plant Collecting: From the Field to the Internet, was published in 2011 and was written to pass on what he learned as a botanist to make it easier and safer for others to carry out biological research in the tropics.

Scott was also a prodigious plant collector; more than 27,000 herbarium specimens bear his name. Scott made a special effort to collect lianas and trees from the lowlands of Amazonia, the Guianas, and the Atlantic coastal forests of eastern Brazil. To support his studies of tropical plants, he was very successful in raising research funds, not only from traditional sources such as the National Science Foundation and the National Geographic Society, but also through a creative and ambitious ecotour program that he conducted for many years with his wife and scientific collaborator, Carol Gracie. 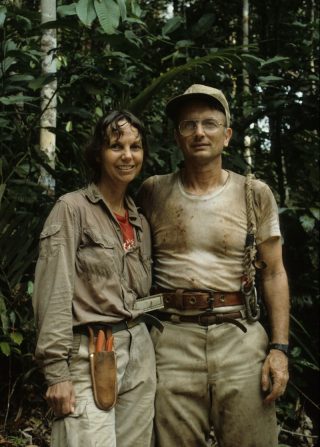 Throughout his professional life, Scott was an active and passionate teacher and mentor to 11 doctoral students. Over the years, he taught and trained many times that number of interns, volunteers, and colleagues in the ways of tropical botany. Scott always made time for his students, and with his mentoring, as with other aspects of his life, he gave the effort his full attention and energy.

His decades of professional accomplishments brought him many of the most prestigious awards in botany. Scott received The Engler Medal in Silver from the International Association of Plant Taxonomy for the best publication in systematic botany in 2002, The David Fairchild Medal for Plant Exploration in 2007 from the National Tropical Botanical Garden, and the Asa Gray Award in 2007 from the American Society of Plant Taxonomists.

After Scott officially retired, he came to the Garden every day for several years and then continued to work from his home in Westchester County, New York, bringing his work to its conclusion by adding final touches to his digital monograph Lecythidaceae—the Brazil nut family. In typical fashion, Scott left no loose ends in his tireless pursuit of knowledge about botanical diversity and his effort to interpret and conserve it for future generations.

Dr. Mori was not only a prolific scientist, he was also a regular contributor to Plant Talk. Here is a selection of some of our favorites among his many contributions:

The Future of Tropical Forests in the New World

How Climate Change Impacts the Extent of Tropical Rain Forests

Chocolate: A Culinary Gift from the Amazon

Plant Talk also posted an interview with Dr. Mori in 2009: