Posted in Environment & Conservation on April 22, 2020, by Brian Boom 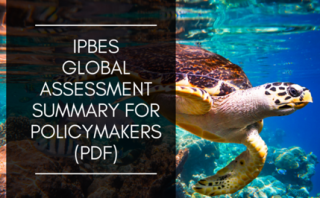 As the world marks Earth Day 50 on Wednesday, I vividly remember being intellectually and emotionally drawn to the first Earth Day in 1970 as a high school student in Memphis, Tennessee. My hero was Barry Commoner, a rock star-caliber environmental scientist whose best-selling book The Closing Circle clearly and compellingly explained what he believed was the crux of the environmental crisis, summarized in the book’s final chapter:

“Human beings have broken out of the circle of life, driven not by biological need, but by the social organization which they have devised to ‘conquer’ Nature: means of gaining wealth that are governed by requirements conflicting with those which govern nature. The end result is the environmental crisis, a crisis of survival. …To survive, we must close the circle. We must learn how to restore to nature the wealth that we borrow from it.”¹

The New York Botanical Garden participated in observing the first Earth Day in several ways. From April 20 to 24, 1970, 100 Boy and Girl Scouts worked on clean-up projects on the Botanical Garden’s grounds. A special exhibit on the effects of pollution was on view in the Museum Building, now the LuEsther T. Mertz Library Building. Observance of the first Earth Day at NYBG was also marked with hundreds of elementary school children from the Bronx. Walton High School sent 40 girls to NYBG with banners and signs. A segment for a CBS television show called “Doomsday Dilemma” was recorded in the Enid A. Haupt Conservatory.² 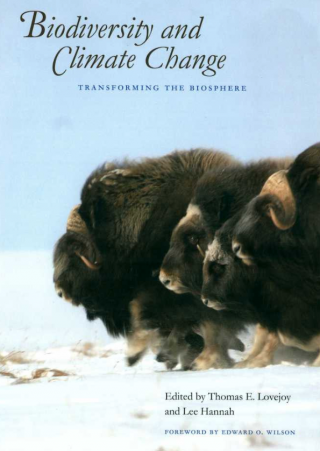 A half-century later, humanity has tragically still not closed that circle, but now attempts to do so are underway with a tremendously greater urgency, much clearer direction, and vastly more powerful tools. In previous posts on Science Talk, I have addressed the issues of urgency, direction, and tools, as well as NYBG’s leadership role throughout its history and up to the present day in helping to close the circle.

Several recent reports from the United Nations reinforced the urgency of the environmental crisis. Sounding an alarm on climate change, in 2018 a Special Report Global Warming of 1.5°C of the Intergovernmental Panel on Climate Change (IPCC) was discussed here. Another UN report focused on the threats to biodiversity in 2019, published by the Intergovernmental Science-Policy Platform on Biodiversity and Ecosystem Services (IPBES), and was discussed here.

Remedies to the environmental crisis have also come into sharper focus since 1970. In addition to technological approaches to abating pollution and mitigating the amount of carbon dioxide and other greenhouse gases in the atmosphere, there are what I have referred to as botanical approaches to mitigating global warming here and here. A landmark book, Biodiversity and Climate Change, clearly demonstrated that mitigating global warming and protecting biodiversity go hand-in-hand.

Red maple (Acer rubrum) herbarium specimen in flower, from a collection made on April 12, 1889, by John I. Northrop and Alice Belle Rich in Hunts Point, which is today in Bronx, New York. William and Lynda Steere Herbarium, Bar Code 2488195.

Sophisticated tools allow for mapping the geographic distribution of biodiversity across the globe, so priority areas for protection and restoration can be identified authoritatively and efficiently. Other new tools and research approaches allow for maximizing the information that can be gleaned from herbarium specimens, as I described on Earth Day last year here.

NYBG has a distinguished record of conducting biodiversity research of great relevance to human and ecosystem well-being extending back to the founding of the institution in 1891 and up to the creation of its Center for Conservation Strategy in 2015, as discussed here. 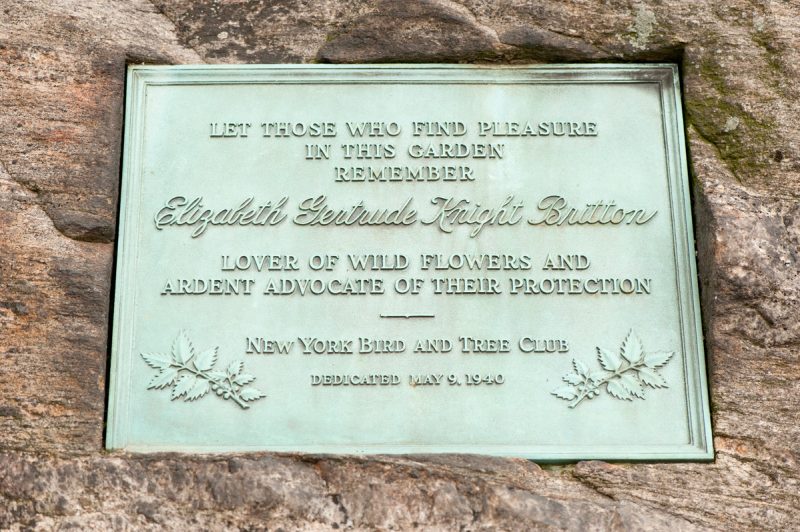 Plaque dedicated May 9, 1940, by the New York Bird and Tree Club, to remember Elizabeth Gertrude Knight Britton, “Lover of Wild Flowers and Ardent Advocate for their Protection,” as photographed in NYBG’s Native Plant Garden in 2015.

NYBG’s Earth Day 50 commemoration will be unlike any the institution has ever held because all the activities will be virtual, due to the COVID-19 pandemic. We call our offerings Earth Day 50 with NYBG at Home, and they include these virtual events:

All these activities are free of charge. Registration is required for the Friday webinar and suggested for the Saturday session. Participate in Earth Day 50 with NYBG at Home. Become inspired and empowered to contribute data to better understand and conserve Earth’s biodiversity. Most important, help humanity to close the circle.

²This information on Earth Day 1970 at NYBG was provided by Stephen Sinon, the William B. O’Connor Curator of Special Collections, Research and Archives, LuEsther T. Mertz Library