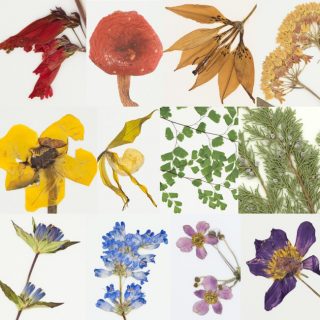 Herbarium specimens of plants and fungi, arranged in a rainbow; Matthew Pace

More than 150 participants joined this important online conversation. Four speakers—Matthew Pace, Luis Campos, Natania Meeker, and Antónia Szabari—examined the complex role of the LGBTQ+ community in the development of botanical science through time, with the goal to facilitate a broader understanding of the history of modern botany.

Carrie Rebora Barratt, President of The New York Botanical Garden, welcomed the virtual audience, stressing the relevance and timeliness of the conversation in light of the recent passing of the Equality Act by the US House of Representatives. She said that the discussion of the LGTBQ+ community’s scientific endeavors provided an important new window into thinking through sexualized discourse about plants and people, adding that many botanical and library collections, including those at NYBG, contain rich stories of individual botanists who transgressed the gender and sexual norms of their day. She then introduced the convener of the day’s program, Nuala Caomhanach, Ph.D. candidate at New York University and research associate at the American Museum of Natural History, who just completed her research year as an Andrew W. Mellon Fellow at The New York Botanical Garden’s Humanities Institute. 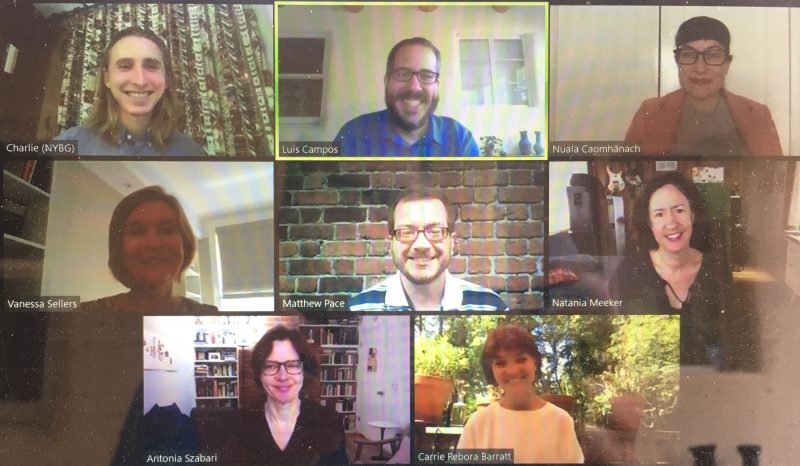 Speakers and organizers during the webinar

After thanking Vanessa Sellers, Director of the Humanities Institute, and Rashad Bell, MLIS, Collection Maintenance Associate and part of the Mertz Library team, Nuala welcomed the audience expressing her excitement about the day’s talks: “Queer botanical science is a critical turning point,” she argued, with plants, like people, being queer and both inextricably linked. After explaining how the word “queer” evolved over time and continues to be an expansive term for all non-heterosexual identities, Nuala proceeded to introduce the speakers.

The first speaker was Matthew Pace, Assistant Curator of the William and Lynda Steere Herbarium at NYBG, whose presentation was titled “Pride in the Field: The LGBTQ Legacy of NYBG.” Speaking from the heart, Matthew shared his own research as a gay scholar. Delving into the LGBTQ legacy of NYBG, he focused on the proudly ‘out’ life of Rupert Barneby (1911–2000), a British-born botanist who worked at NYBG for close to half a century. Matthew stressed the critical role cultural institutions such as NYBG play in supporting the fight for a more just and equal society, furthering the stories of those who have been marginalized. Interesting was the point he made about the discipline of botany, which, relative to other sciences, has been a refuge for queer people. Asked later why he thought that was the case, he responded that the presence of women in the botanical sciences may have provided a less judgmental and thus safer environment for queer scholars. 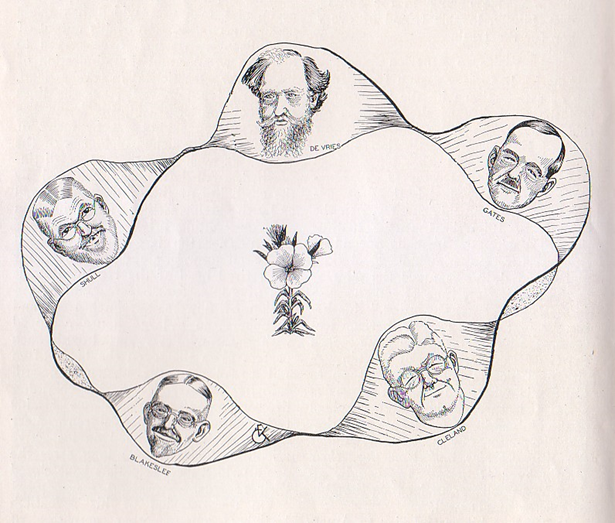 Portraits of botanists surrounding a depiction of the evening primrose

The next speaker was Luis Campos, Associate Professor in the Department of History at the University of New Mexico, whose research combines archival discoveries with contemporary fieldwork, and who is known for his studies on the history of genetics. His presentation “Mutant Sexuality: The Private Life of a Plant (And Those Who Studied It)” cleverly integrated the history of biological mutation with queer history in the early 20th century. His lively story focused on the Dutch botanist-geneticist Hugo De Vries (1848–1935) and the creation of a “mutation theory” involving the evening primrose (Oenothera lamarckiana). Its unusual reproductive behavior led to it being labeled as “degenerate,” or even “queer;” intriguingly, the exact same terms applied to the men who studied that plant! 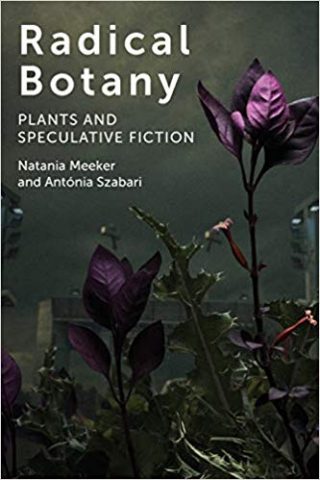 Thanking Luis for his fascinating presentation, Nuala introduced Natania Meeker and Antónia Szabari, both Associate Professors of French and Comparative Literature at the University of Southern California and co-authors of the newly released Radical Botany: Plants and Speculative Fiction, the winner of the 2019 Science Fiction & Technoculture Studies award.

Going back all the way to the 17th and 18th centuries, the speakers highlighted the dynamic relation between sexuality and early modern botany in a sophisticated way. Newly recovered sources from the period not only offered early concepts for “queering” notions of desire, but also longstanding attempts to relate humans with other life forms—who would have thought?

Natania and Antonia’s talk was followed by a vigorous Q&A among the speakers and with the online participants. Following Nuala’s short assessment of the morning’s discussions, Carrie Barratt offered the closing words, stating how crucial it is to continue these kinds of conversations and ask “provocative questions” that can lead to renewed awareness, inclusiveness, and real changes.

A day after the program the following email reactions arrived: “Please send my best to the speakers who were outstanding, and your facilitating was terrific;” “Your webinar was excellent. It was great to see your face!” and “I just found out about the Queering Botanical Science webinar and I am quite disappointed that I missed it. ….. As a young LGBTQ+ botanist, this subject is near and dear to me and I would love to know more about a queer legacy in the field.” Happily enough the Webinar presentations are recorded, archived and shared online in the NYBG Humanities Institute Lecture Library, so please enjoy.