In 1814 Torrey enrolled in medical school at the College of Physicians and Surgeons, New York (now Columbia University). He trained under Dr. David Hosack (1769-1835), founder of the first botanical garden in the U.S., and Dr. Samuel Mitchill (1764-1831), founder and first president of the New York Lyceum of Natural History in 1817.

Torrey was a frequent visitor to Hosack’s Elgin Botanic Garden. When Hosack gifted his personal herbarium to the New-York Historical Society, Torrey prepared the specimens to be transferred.

Torrey was a founding member of the New York Lyceum, now the New York Academy of Sciences. Torrey was soon appointed curator. Part of a tradition of learned societies in cities throughout the United States, the Lyceum served as a gathering place for practitioners of the natural sciences, many of whom were employed as physicians, chemists, and professors, and pursued their scientific studies on the side. Their research was published in the Annals of the New York Lyceum. 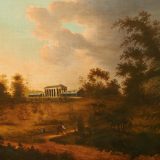 Between 1818-22 Torrey practiced medicine, but his heart was always in botanical studies. During these years, Torrey compiled his Calendarium Florae for the year 1818 and for the Vicinity of the City of New York (1818 and 1819), in which he recorded where he sighted flowers and the species he collected while botanizing around New York City.

Torrey’s first formal published book, A Catalogue of Plants, Growing Spontaneously Within Thirty Miles of the City of New York (1819), took the form of a report he compiled with other Lyceum members. It also propelled him into the limelight in the world of American botany.

Image: John Torrey, Calendarium Florae for the year 1818 and for the Vicinity of the City of New York, 1818. Manuscript. LuEsther T. Mertz Library, The New York Botanical Garden. 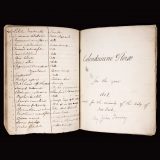 Torrey’s long scientific teaching career began with his 1824 appointment as a professor of chemistry, geology, and mineralogy at West Point, with additional responsibilities as Assistant Surgeon in the U.S. Army. He would go on to teach at the College of Physicians and Surgeons, Princeton University, and New York University, serving as a professor of chemistry into the 1850s. 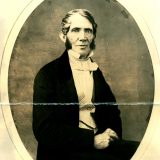