Cuba has the greatest surface area and plant diversity of any island in the Caribbean, one of the world’s Biodiversity Hotspots. Of the estimated 7020 species of vascular plants known from Cuba, 50 percent are regarded as endemic to the island. Some of these species are doubtless narrow habitat endemics, which means that if their restricted habitat decreases, whether through destruction or alteration due to climate change, these species have no place to go and will be candidates for extinction.

The goal of this project is to assess the threat to selected, vulnerable Cuban species by conducting a Geographic Information Systems (GIS) analysis of their distributions. The species chosen for this pilot project, which will be chosen from among seed plant families, ferns and lycopods, and mosses and liverworts, are those for which there exist specialists at the Garden and/or within Cuba. 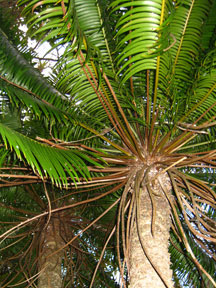