The Garden is open on Monday, January 18. 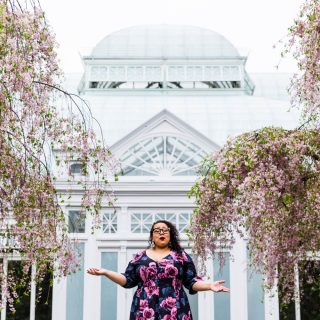 “The best young straight-ahead jazz singer of her generation” (The Wall Street Journal) Brianna Thomas delivers a powerful tribute to the life and legacy of Dr. Martin Luther King, Jr. through the iconic works of two musical legends. Nina Simone (“The High Priestess of Soul”) and Mahalia Jackson (“The Queen of Gospel”) individually crafted worlds of sound in jazz, pop, soul, gospel, and spirituals that were inextricably linked to the life, philosophy, and leadership of Dr. King.