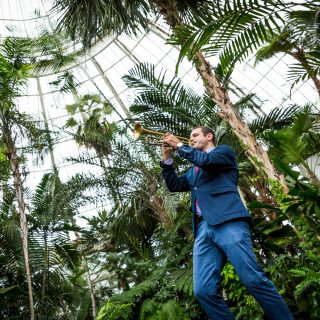 George Gershwin’s Rhapsody in Blue, a groundbreaking work that defined the melting pot of Jazz Age America, is given a new identity in this specially commissioned arrangement featuring the Catskill Jazz Factory Collective, a multicultural all-star ensemble, led by top trumpeter Dominick Farinacci.

“A trumpeter of abundant poise.” – The New York Times