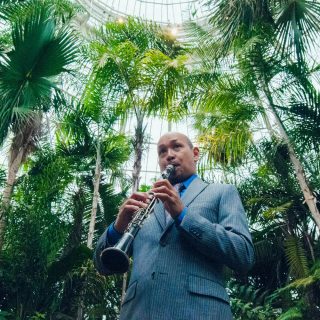 “…Christopher is about the nearest you can get these days to Big Easy legend Sidney Bechet…” – John Phillpott
March 10, 2014 Concert Review, Worcester News – Huntingdon Hall, UK

“If there is a better living exponent of the New Orleans Creole clarinet style than Evan Christopher, then it’s a discovery I have yet to make.” – Alyn Shipton
March 9, 2014 Concert Review, London Jazz News – Django à la Créole at the Quecumbar, London, UK